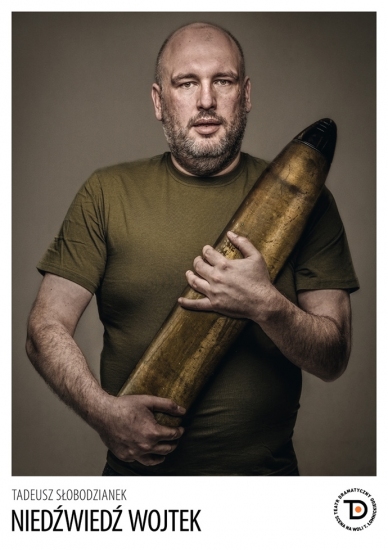 This is the story of the legendary bear, Voytek, in Tadeusz Słobodzianek’s contemporary interpretation. It follows the hardships of young soldiers of different creeds and nationalities through the eyes of an animal. Voytek accompanies the protagonists on their battle route from Iran to Italy. He engages in battle at Monte Cassino and ends up with the men in a refugee camp.
In depicting the fate of a lost generation, the play attempts to verify the meaning of the words ‘patriotism’ and ‘nation,’ ‘friendship’ and ‘solidarity.’ “How strange that the presence of a bear among people should give rise to questions of what is human in animal behaviour and what is animal in human behaviour,” muses Ondrej Spišák.

Appropriate for audiences over 13 years of age. 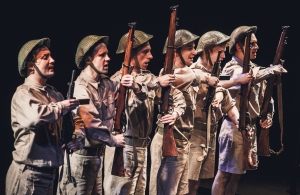 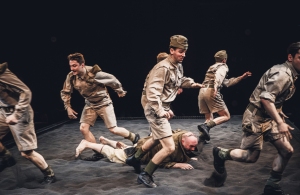 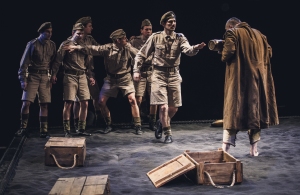 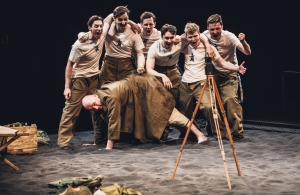 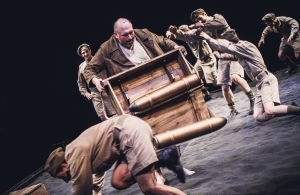