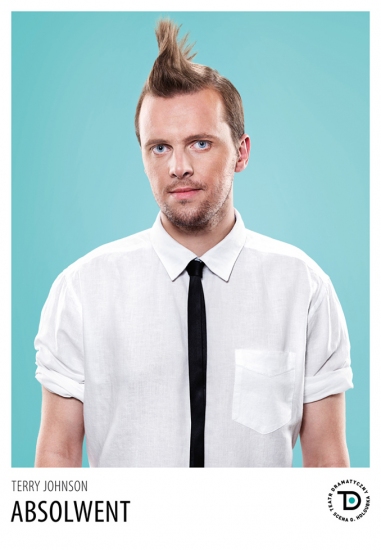 THE GRADUATE by Terry Johnson – a cult story about Benjamin Braddock’s maturation and rebellion, adapted for the screen in 1967, with memorable performances by Dustin Hoffman and Anne Bancroft.

America . The Roaring 60s, the sexual revolution , the Beatles and the smell of marijuana in the background. Ben graduates from a  prestigious college and has no idea what to do with his life . Rebellion against parents , fascination with a mature woman and sexual initiation – these are the  ideas for an adult.  He rises and falls,  he's fearful and brave , falls in love and breaks down at the same time . Can he live on his own account ?

" The Graduate " is not only the story of a lonely young man , but also an insightful portrait of  middle class hipocrisy. Terry Johnson's adaptation was  based on the novel by Charles Webb and the screenplay by Calder Willingham and Buck Henry by special arrangement with StudioCanal . It was produced for the first time in London and on Broadway by John Reid and Sacha Brooks . Jacek Poniedziałek translated the play for Warsaw Drama Theatre.