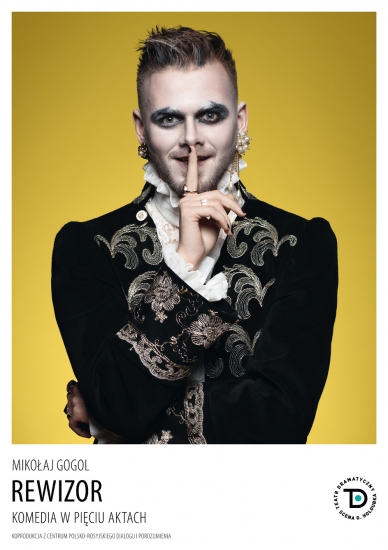 A Comedy in Five Acts

A town steeped in corruption receives news of an impending visit by a high ranking official from the capital. Fear grips the local dignitaries and residents. Who is this government inspector? Will they be punished for their numerous abuses?
At the same time a mysterious newcomer appears at a local inn, rumoured to not be paying for his room and board. The townspeople take this stranger to be the dreaded inspector. The stranger, however, is Khlestakov, a two-bit civil servant drowning in gambling debt, without a penny to his name who can only dream of being a government inspector. But the case of mistaken identity becomes an opportunity for Khlestakov to climb the social ladder — he takes the ball and runs with it. What ensues is a carnival of lies in which both sides are equal participants.
Gogol’s comedy exposes the absurdity of reality and the frailty of human nature. The play is directed by Golden Mask award winner, Yuri Muravitsky.