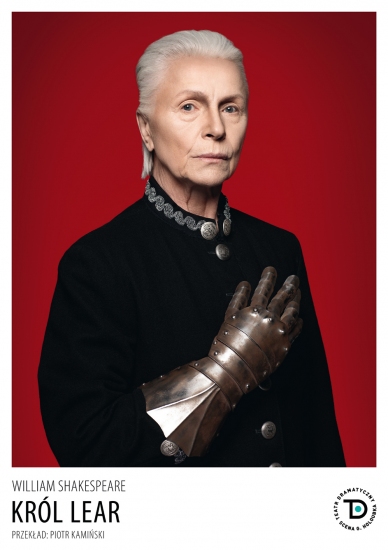 King Lear of Britain abdicates and divides the kingdom between his two daughters while disinheriting his third and youngest.
Director Wawrzyniec Kostrzewski transfers the world of Shakespeare’s dark tragedy to an undefined future: a world falling apart before our eyes, marked by generational clashing and a struggle for power that defies moral dilemmas. Halina Łabonarska takes on the titular role of a ruler falling into madness, whose pride leads to destruction.