A Singer Tale in V Acts

We meet the married couple, Lea and Benjamin, when the latter returns home with a trace of lipstick on his cheek and firmly refuses to eat his wife’s Sabbath soup. That same afternoon, Lea was spotted in the company of a man at a popular Warsaw cafe. In The Fatalist. A Singer Tale in V Acts, we discover not only what that evening looked liked when Lea and Benjamin took the time to explain a few things to each other, but also — thanks to some unexpected visitors to their apartment on Krochmalna Street — we learn about the past and the future of a Jewish marriage.

Tadeusz Słobodzianek, winner of the Nike Literary Award for his play, Our Class, writes about the relationship between a rabbi’s son and a merchant’s daughter, whose fates are written into the history of the pre- and post-war lives of Jews and Poles. He paints a portrait of 1930s Warsaw and the atmosphere of anxiety that grew over this time. He creates a story, in which bohemian love affairs and marital intrigues intertwine with the fate of the world.

“The impetus for writing this play was a story of the same title that Singer wrote about young assimilated Jews in Poland before the Second World War as well as the philosophy of fatalism that Singer drew so much from. Above all from his favourite thinker, Spinoza, who postulated that everything in the world is preordained and human life is about accepting one’s fate,” says Tadeusz Słobodzianek about the play. 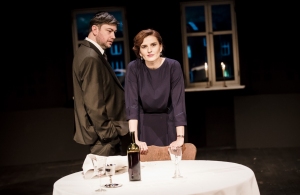 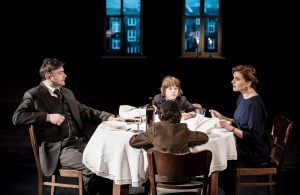 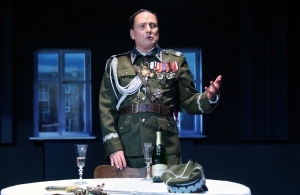