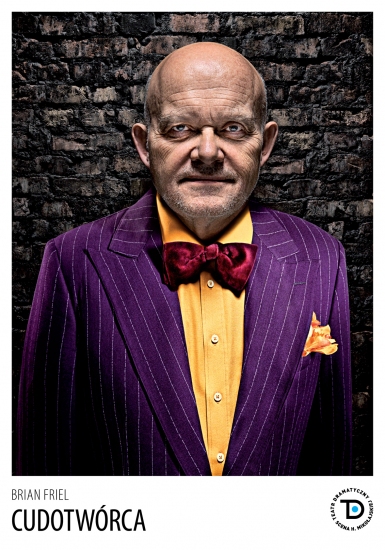 A history of three persons: Francis – the healer, Grace – his wife and Teddy – his manager. They wander through forgotten Irish villages with impressive performances. Sometimes, due to mysterious spells and fantastic powers, Franc manages to heal people. Sometimes he performs miracles. Their stories reveal their real life, complicated relations and passions. They all tell the truth – each one’s own. Each admission shows more differences between the told stories. After all, one missed part of a story makes it completely different. “Faith Healer” is a beautifully written story about love, friendship, devotion and sacrifice. About lust for money, inexplicable power of mind and miracles. Is a miracle possible if we believe something strong enough? What if – despite deep faith – there is no miracle?

Faith Healer invites the audience to turn detective. All three characters basically tell the same story, which reaches its climax in a showdown in a remote pub in County Donegal, but the emphasis, the perspective and even the basic facts change dramatically in each version. We have to establish our own version of the truth, and analyse why the characters sometimes depart from it – says Charles Spencer in The Telegraph.